YouTube is an online video-sharing American platform that is popular across the globe and used by millions of masses. It is famous among youngsters as well as among adults. It has its headquarters in San Bruno, California, and was launched on 14 February 2005 by Steve Chen, Chad Hurley, and Jawed Karim. But in today’s era, its importance is decreasing and it is dying slowly. I will discuss the reasons in the looming paragraphs.

•The first and foremost reason is the decline of interest of younger audiences in You-tube as lots of other social media platforms are rising thus decreasing its importance. TikTok for example is leading all the social media platforms and has made an impact on the world in a very short period In order to compete. You-tube started “Shorts” which means having 60 seconds videos, but it went in vain thus decreasing its publicity across the world. Here is the best reputed site https://yoyomedia.in/ which gives you some tips to help you.

•In addition to this, YouTube’s enforcement of rules has become strict nowadays. It is going through the worst situations like followers decreasing due to the advancement of TikTok. TikTok makes it easier to become a content creator in 2022, whereas YouTube is mainly focused on content created by celebrities, if you are not one of them it is difficult for others to survive.\ 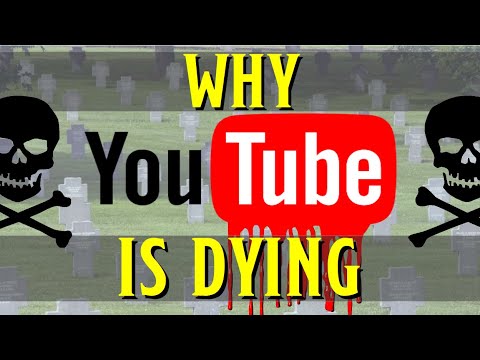 •YouTube’s’s music video are losing ground and the views are declining day by day due to poor creativity and the same old-fashioned thing. If we talk about TikTok many songs get hit due to people making videos on TikTok. Thus, if TikTok comes into the business of making music videos then it will easily surpass YouTube in terms of content and creativity. People prefer using TikTok as compared to YouTube because it is giving people a huge amount of confidence and they are making money out of it. TikTok is not only about celebrities, anyone can become a star and can lead a famous life.

•New creators feel betrayed by the demonetization prejudice. You-tube prioritizes corporate and institutional interests above individual producers.Antitrust laws are needed now to help break up Facebook, Google, and You-tube. They've practically become necessities, and putting them in the hands of a few individuals is not a smart idea.If the government were as wise as the old oil and telephone monopolies, they would be broken up. Competition is necessary, particularly when these platforms are being utilized as political instruments.

•The most important and prominent reason for the downfall of You-tube is the shameless clickbait. For example, if we talk about TikTok, one does not need to tell people to subscribe, like or share or watch videos to earn money. One does not have to use clickbait to tell people to watch videos for funding. In contrast to this, talking about TikTok, if people are interested they will watch the videos, there is no need to ask people to play clickbait thingsto watch the video. Thus gone are the days when one can just upload a video on You-tube and get funded with money rather you need a revenue model to succeed. So, to excel like it used to, YouTube should make some alterations in the algorithms to get the old days back so that it cannot be dethroned easily.